Brain development research Excelling Young Ones in Neurotechnologies and Discoveries

The Serotonin and BEYOND Project

When a patient is treated for psychiatric symptoms, they are often given drugs that affect brain serotonin levels. Serotonin is a neurotransmitter and critically involved in the communication between nerve cells in the brain. An important problem with these ‘serotonergic’ drugs is that patients don’t always respond to them.

More about the project 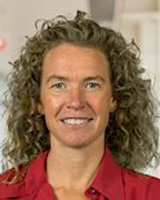 "By combining research disciplines, including cellular, animal, computational, cohort-based and epidemiological research, and investigating the same factors that perturb the serotonin system we aim to obtain a better understanding of the serotonin-mediated neurodevelopment basis of psychiatric disorders" 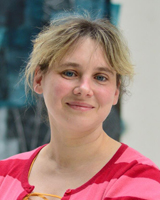 “Taking in consideration the increasing use of antidepressants acting via the serotonin system by the general population, including pregnant women, special efforts will be undertaken towards understanding how not only embryonic serotonin signaling, but also extraembryonic serotonergic alterations during development affect behavior and metabolic regulation in adult life.”

The €4 mln EU project SEROTONIN and BEYOND will officially start on 1st of January 2021! When a...

END_OF_DOCUMENT_TOKEN_TO_BE_REPLACED

We train talented PhD-students to lead research in serotonin, neural development and psychiatry in the years ahead.

Hope you guys have a wonderful break ☺